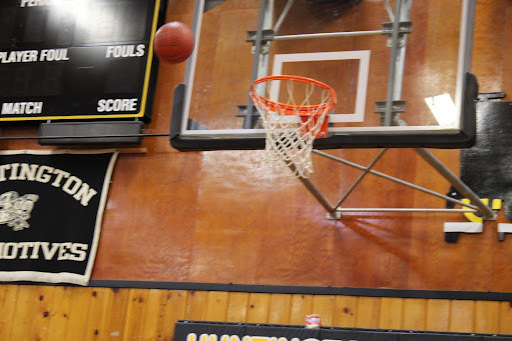 The Huntington High School Locomotives have had a great start to their basketball season. The girls' basketball team has started their season off with an 8-3 record, taking losses against Elgin, Adrian, and Jordan Valley. The loss against Elgin ended with a 31-50 but took the loss back to ‘em on our court with a steaming win of 40-28. The Adrian Antelopes had a hard time taking the win against the Locomotives, a salty 43-46

The girls then took a big stumble against Jordan Valley's loss 22-54. Our Lady Locomotives are heading into their next games with high hopes against the Prairie City Panthers on Friday the 20th and then the following day Four River Falcons, both are scheduled as home games, so bring your Loco pride and come support our Locomotives.

The boys' basketball team has started their season off with an 8-4 record, two of the losses they received in the Harper Christmas Tournament were against Adrain’s JV and Harper, and the other two losses were against Adrian Antelopes and the Jordan Valley Mustangs. The Adrian game was a hard battle; they lost 20-73, and while trying to make up for the loss with Adrian, they set out for a win with Jordan Valley and had a close game with an ending score of 24-28 in the Mustangs' favor. The Locomotives will set out for a win against Prairie City on Friday and a following game on Saturday.

This year is a bit different having a JV and Varsity for the first time in a while for our Huntington Locomotives. With being unable to track the wins and losses for the boys and girls in their games I can say the games surely are interesting. With 6 players for the JV girls, two of whom are on both Varsity and JV. For the boys, there are 7 JV and 5 of them play for Varsity as well. The JV has a scary game on Friday and Saturday. Will they win? Will the varsity win? Come watch the outcome of our high school basketball games at our Huntington Charter school.